Welcome to the tenth episode of the Reading and Writing podcast featuring an interview with Kevin J. Anderson, the author of more than one hundred novels, 47 of which have appeared on national or international bestseller lists. He has over 20 million books in print in thirty languages. He has won or been nominated for numerous prestigious awards, including the Nebula Award, Bram Stoker Award, the SFX Reader’s Choice Award, the American Physics Society’s Forum Award, and New York Times Notable Book. Anderson’s latest novels include The Edge of the World (Terra Incognita)

, and The Winds of Dune

You can subscribe to the podcast via Apple Podcasts, Spotify, Google Podcasts, or by searching “Reading and Writing Podcast” in your favorite podcast app.

Praise for The Winds of Dune:

Praise for the bestselling novel, Paul of Dune:

“This vital link between the first two books of the Dune saga begins immediately after the close of Dune. . . . This is good reading. . . . Standing well enough on its own for Dune novices, it goes without saying that it’s must reading for established fans.”
–Booklist

“Drawing on Frank Herbert’s massive body of notes, the coauthors of the new Dune series continue their expansion and illumination of the unexplored pieces of one of the genre’s most significant and powerful stories. A priority purchase for libraries of all sizes. Highly recommended.”
–Library Journal (starred review) 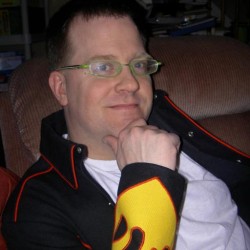